Alex Thomson is second even with damage to his starboard foil 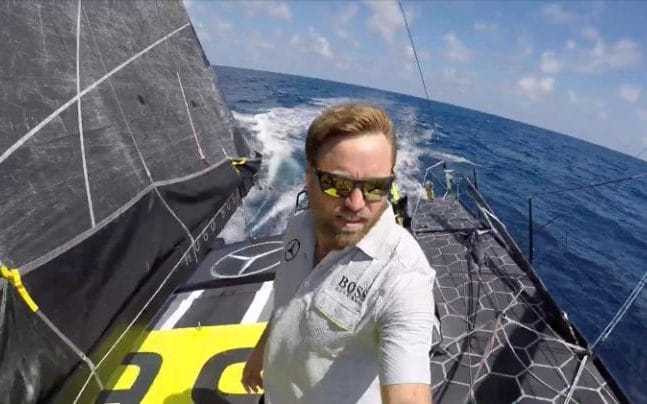 This week incredible footage was captured by the helicopter from the frigate, Nivôse, showing member Alex Thomson flying the Union Jack.

Despite his starboard foil being ripped off by a submerged object in the Atlantic Ocean last week, a collision which he estimates is costing him roughly 20 per cent of his boat's potential he remains confident that he can become the first British skipper to win the Vendée Globe solo round-the-round yacht race.

Thomson's lead of roughly 100nm over his nearest challenger, Armel Le Cleac'h on Banque Populaire VIII, has remained more or less constant since he suffered the damage soon after crossing the Equator, which he managed to do in record time. Thomson also smashed two more records on Thursday, reaching the Cape of Good Hope in 17d 22hrs 58mins, which beat the previous record by over five days, and setting a new mark from the Equator to the Cape of Good Hope in the process. Royal London joins in with wishing him good winds.