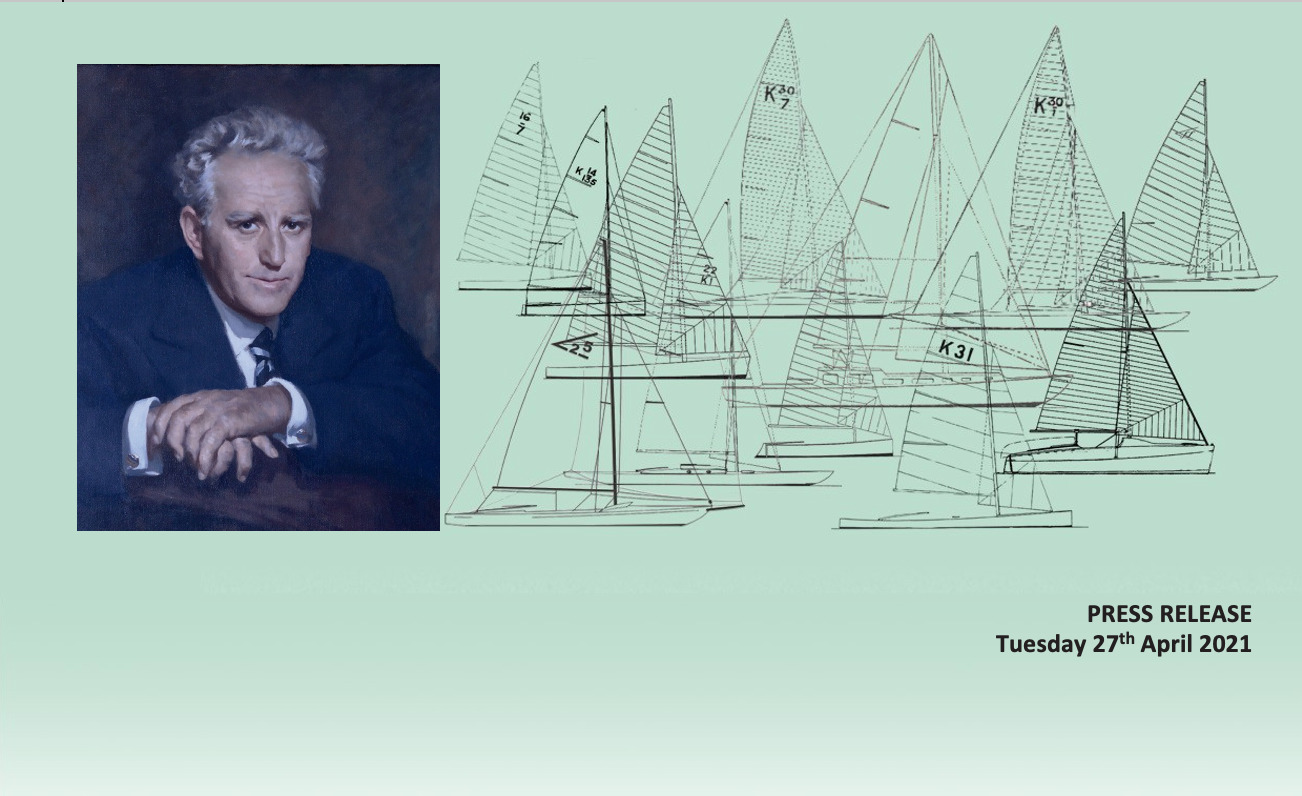 To mark the 50th anniversary of the death of Uffa Fox, one of the most highly regarded naval architects and enthusiast of all aspects of sailing, the Royal London Yacht Club, together with the Cowes Classic Boat Museum, and supported by the Atalanta Owners Association and the Cowes Corinthian Yacht Club, are holding a series of exciting events in Cowes from 18th-21st August 2022.

To celebrate the life of a man so ahead of his time, a regatta will be held for all the Uffa crafts a once in a lifetime opportunity for owners of Uffa designed boats.

The Classic Boat Museum will be organising a series of events including seminars and an exhibition of Uffa's various dinghies.

The Uffa Fox celebrations will be followed by the Flying Fifteen European championships organised by the Cowes Corinthian Yacht Club from the 20th to 26th August 2022.

It is appropriate that the Royal London Yacht Club should be chosen to organise the sailing as Uffa was a stalwart of the RLYC and, as Chairman of the Sailing Committee, was instrumental in the resurgence of sailing after the Second World War.

Racing will be for 100% Uffa Fox designed dinghies, keelboats and classic boats, with some classes' racing areas along the shore to attract spectators.

Along with various off-the-water tours and activities, evening social events have also been planned for participants, their families and Uffa enthusiasts.

Uffa was not only a successful author and boat designer, he was also a superb sailor and instructor; sailing with Prince Philip and Prince Charles. In 1928 Uffa gained line honours in every race he sailed in "Avenger" (135), an International Fourteen. Of her 57 starts she gained 52 first places including the Prince of Wales Cup, two seconds and three third places. "Avenger" was the first true planing dinghy with a good windward performance.

Uffa even sailed her 100 miles across the Channel to Le Havre - three-up - in a mere 27 hours. He then proceeded to claim a victory over the French on their home waters, then promptly turn around and sail Avenger home in another 37 hours. During the Second World War Uffa conceived the idea of the Airborne Lifeboat, a vessel to be carried beneath aeroplanes and dropped by parachute to survivors of ditched aircrafts.

Lightly built, with lines that blended to the shape of the planes, the Airbornes had sails, an engine, survival kit, radio and instructions on how to sail. Many aircrews owed their lives to Uffa's invention. Years later he was caught by Eamon Andrews on the television programme "This is Your Life" where many of the airmen that had been rescued by the Airborne Lifeboat were able to thank him personally. For all his success in the field of yacht racing he maintained that this was "his most fulfilling design".