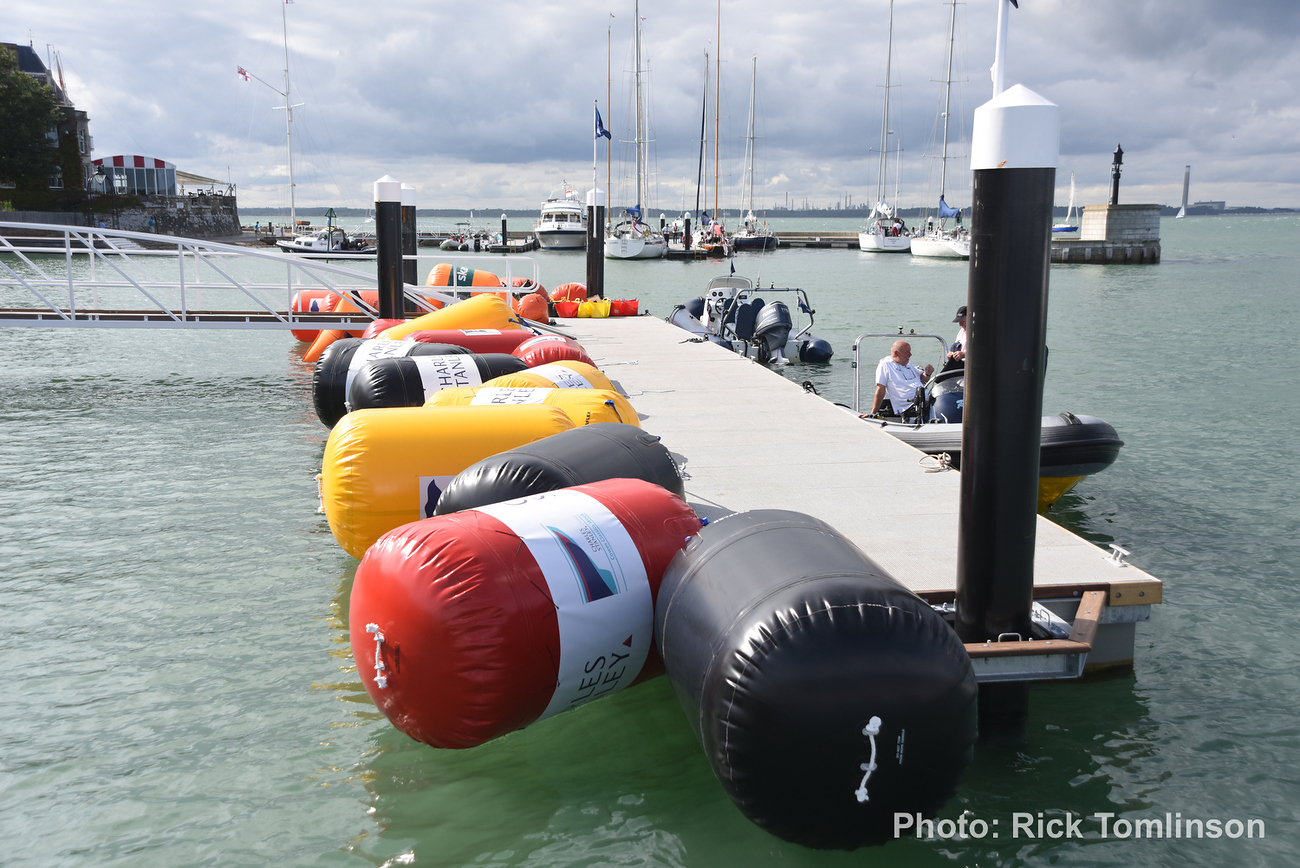 All RLYC Moorings are to be used at Members own risk.

Both sides of the most northerly 20m part of the Parade Landing Pontoon (opposite the Royal London Club House) is for the exclusive use of RLYC Members and is known as Trinity Landing.

This is between the two pontoon piles with the white tops nearest RYS.

For information: the Cowes Harbour Master controls the remainder of the Parade Landing.