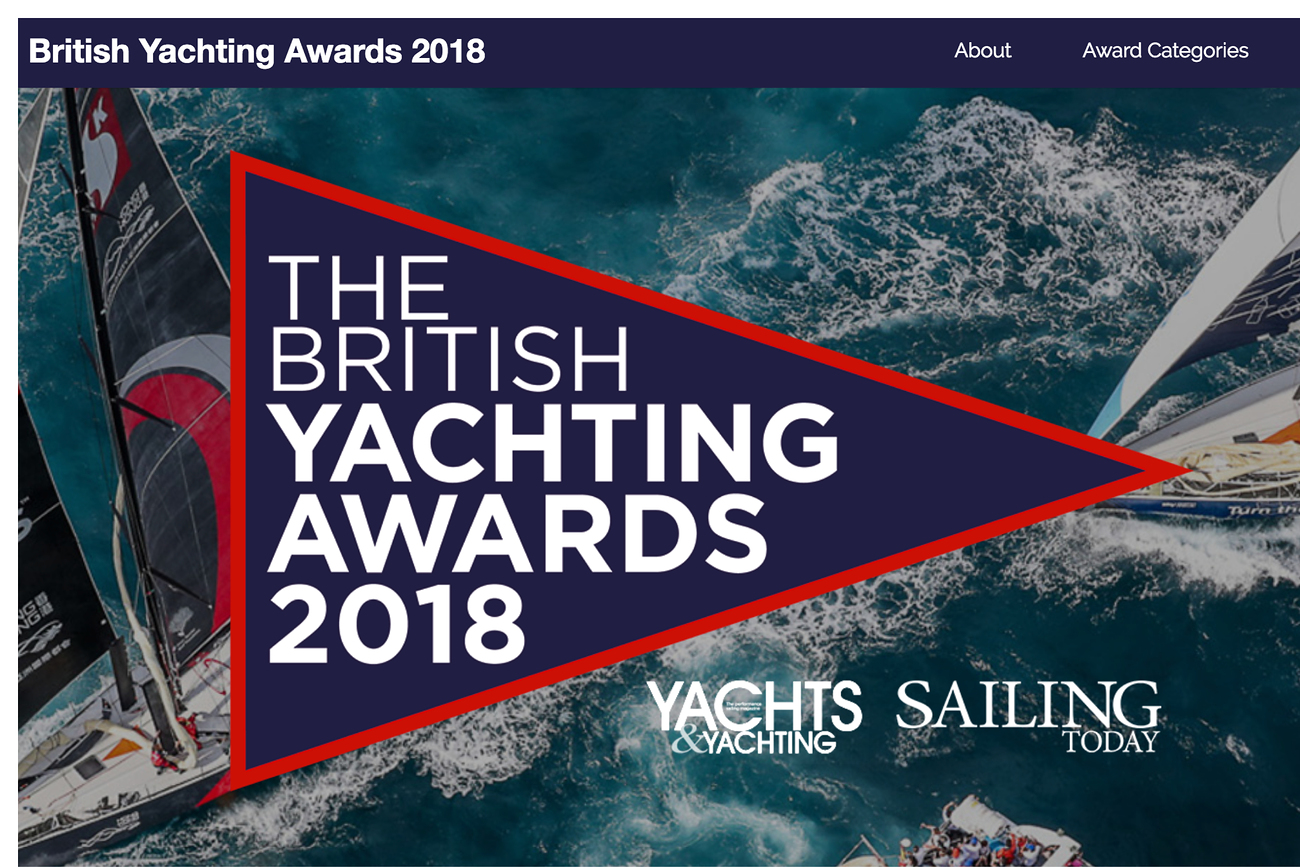 Two Royal London Yacht Club members were nominated in the British Yachting Awards 2018. Giles Peckham – Award Category 'Amateur Sailor' and Will Bedford – Award Category 'Young Sailor of the Year'. Our Members joined an elite group by way of their nominations and we are really thrilled for them. Even though they didn't win on the night, the nominations alone were extremely prestigious.

***** Both nominees talked about their sailing.

GILES PECKHAM is often referred to as one of the nicest sailors you'll ever meet, not to mention he's been described as sailing his boat so smoothly it's as if its got an engine. He is so humble about his array of awards and competitive wins, sometimes you'd hardly believe it. His first comments in being nominated for this award were about thanking his crew including his lovely wife Jane, he is well aware without them he'd never be in this amazing position. He'd also love to bring home an award for Cowes and the Island. Giles said "It would certainly mean a lot to me but I'd like to think it would also mean a lot to my excellent crew, without whom I wouldn't be nominated, and to those who care about promoting racing and yacht clubs in Cowes and on the Island. Two wins stand out for me this year. One was a race in Cowes Week in which we started rather conservatively (my fault!) and were running out of time to overtake the 5 or 6 boats still in front of us with just 2 reaching legs and a run to go. We spotted some more breeze near the shore and sailed over to it, passing 3 or 4 boats before they could respond, then managed to confuse the next boat with a dummy spinnaker set and pass them, finally managing to run down the leader on the run, take their wind and sail around them on a nice wind line to the last mark. We were very relieved to have pulled that one out of the bag at the last minute as you can see in the citation photo, which was taken as we sailed home. The second win was a weekend regatta in which Jane and I crewed for our son Joshua and helped him to win both races. As it was Fathers' Day he gave me a glass tumbler with two bullets inscribed into it. Very touching! *******

WILL BEDFORD - And not to be outdone although there are at least 30 years experience between them, one of the Royal London's Etchells Youth Academy Sailors Will Bedford is up for the 'Young Sailor of the Year Award'. Will has stormed this season, he's thoughtful, charming and sails with an ease and a grace that many older sailors envy. In fact he's beaten many of them, winning trophies and gaining experience and opportunities. Will credits his teammates and fellow Etchells youths for making it an amazing year and setting up for many more. We asked Will a few questions about his experiences. Will said "Winning the British Yachting Awards young sailor of the year would be more than flattering. I know of so many sailors that are more than deserving of the award, including all the other nominees. Their credentials include National and World Championships titles, things that are very difficult to compete with. I'm utterly thrilled to be in the same category. I genuinely love sailing when I am on the water I only fear not having a good time. But I always do I sail with people that I like being around, we are in it together and I really appreciate their company. I am really thrilled at the nomination, I don't think that I am that good at sailing to warrant it! I do always give it my all though, I guess that I try to make sure that the boat is set up as best as possible for the conditions that we are sailing in, ensure the crew all know what they are doing and then keep it super simple. We try to get off the line, stay in phase with the fleet upwind and just get going.