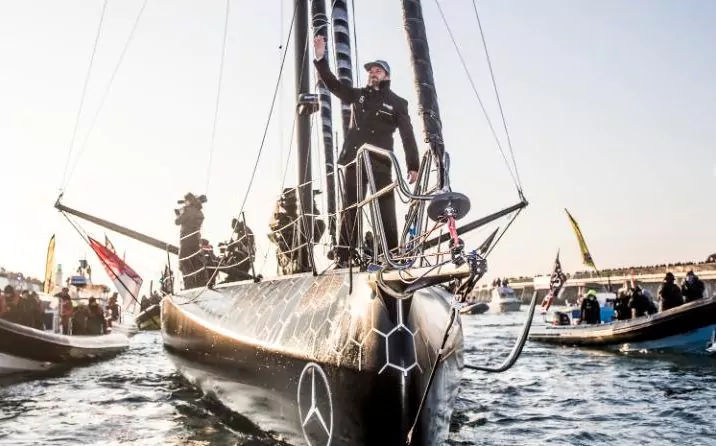 Alex Thomson, an Honorary Member of RLYC, completed the 2016-17 Vendee Globe round-the-world single-handed yacht race in second place despite breaking his starboard foil. Alex crossed the line 15 hours, 59 minutes after the winner, Armel le Cleac'h, who set a record time of 74 days, three hrs, 35 minutes. The 42-year-old Gosport-based Thomson's boat Hugo Boss broke the world record for the most miles sailed in a 24 period being 536.8 nms.

"Finishing this race is a result, but second is fantastic," he said. "I finished third last time so it's definitely a step up but it wasn't quite the first I was after."

Alex will be giving a talk at the Club later in the year.